So for the sake of completeness, here is a story about Marcie Carey and her dental adventures, which actually compare okay to those of her sisters.

Marcie had kind of unfortunate childhood and young adulthood in a puppy mill. Most of the dogs who were recovered with her — 11 of the 16 — died shortly after they were seized by animal services in Georgia. I can only imagine that her taciturn nature is both a result of the horrible experiences she had (three litters of puppies before she was 18 months old among other things) and part of her survival strategy. Marcie is very reserved and quiet — she had lived with me for three years before I ever heard her make a sound — and very loving with cats and people she knows well; I wonder sometimes if she is completely cheerful but she seems content most of the time.

Anyway, like a lot of puppy mill dogs, Marcie has always had terrible teeth. They’ve been extracted one by one over the years, but today, recognizing that all of her canine teeth were practically parrallel to the jawbone and that none of the molars met, the very nice dog dentist Dr. Michael Peak recommended that it was time for total toothlessness. (Also, the spaces around the teeth accumulate bacteria which affect dogs’ health in other ways.)

This is a challenging procedure not just because of the tiny bones of Italian Greyhounds but because their low body fat makes anesthesia tricky. Dr. Peak used only light sedation (isoflurane) with Marcie and some nerve blocking shots around the gumline. And of course Marcie had plenty of dog tranquilizers and painkillers plus subcutaneous and IV fluids.

Also, Marcie is simply much younger — Astra was 16 years old when she had her major extraction and bone graft! — than her sister was undergoing the same procedure.

Naturally I asked to keep the teeth, which you see here, and to have lots of photos.

However I do not think either Marcie nor myself was prepared for embarking on the new adventure of canine cuisine we are now faced with addressing. Marcie already was used to a lot of food — soup, stew, oatmeal, various kinds of cooked vegetables — she just sort of slurped up (not to mention the diet staples of ice cream and yogurt — what can I say?) but if people have ideas about what else a tooth-free IG might subsist on, that would be great.

The excision of Marcie’s tusks are certainly a loss to the world of Italian Greyhound glamour but I think you can see she is going to quickly make a good showing of the “tongue as accessory” thing. Video Kingpins of Hades Or, No Mercy For Nonsense

Something very evil had clutched the residence at 704 Howser Street. Something that hung over the little home like a black widow’s veil. Indeed, something hideous. Sure, it had happened before, but not in Astoria. This was spooky.

Inside the home, she could feel the presence of the evil force as it hovered over her. She could feel it. None of the appliances were working properly, the children had taken up the practice of walking through solid walls while chanting “Go Wisconsin!”, and sirens were piercing the air, their source unknown. This was most definitely frightening.

Actually, this evening was not unlike the previous few.

The original texts and drawings from 1987. Only too clearly came the images of the hamsters in the bathroom, and the sailors in the atticway. She also knew the house still reeked of cheap beer and nachos. The smell was overbearing.

Her mind reeled back a few days as she tried to recall the event that might have triggered all of this, but all she could remember was the fight she had with her husband after he replaced their conventional front door with a paper barrier.

As she thought of the incident, her husband, coincidentally, came crashing through the barrier. The tearing of the paper was loud enough that it could have been a truck driving through the door.

Next came THAT voice.

“Hey! I caught that ball!” He exclaimed.

Immediately she knew that Frostie’s Angels had lost the big ball game. Her husband kept babbling about the outcome of the final play, but when he settled down, he asked her where his supper was. She pointed to the recession of the ceiling/wall above the refrigerator. There he saw a drooping wad of spaghetti, clinging for its survival.

“What’d ya do dat fer?” He asked, pointing his finger at her. There was a brief pause.

“I think we got ghosts.” She said, erupting into tears.

“What have you been smokin’?” he retorted.

With those words, the kitchen floor began crackling and crumbling beneath him. Through the crevice that developed, a little green man burst onto the scene. Was this an alien visitor?

No. It was Gumby. 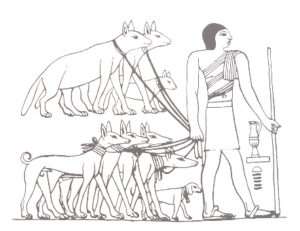 “I Can Hardly Wait for My New Jumpsuit!”

Best promotional email ever from MyJumpsuit.com! The Remorse of the Emperor Nero After the Murder of His Mother, John William Waterhouse, 1878

An important distinction between Roman Emperor Nero and Chinese Emperor Kublai Khan (and his modern descendent, the William Randolph Hearst character entombed in Xanadu in Citizen Kane (1939) ), is that many of Nero’s ostentatious and ambitious construction projects – beyond and including the Golden Palace – contained spaces for the creation and display of art as well as libraries. In fact Nero’s baths offered one of the largest “public” libraries of the ancient world (Boese 2005, 102) (Staikos, K. 2000).

The purpose of this paper is to present a biography of Nero in relation to the development and subsequent destruction of First Century libraries in Rome, and to present an argument about how access to libraries and knowledge ebbs and flows, and how this access does not always correlate in predictable ways around what we normally think of as civilized and progressive behavior. Nero’s strategy – to earn the love and support of the Roman people by providing culture, food, entertainment, and the constant diversion of a capricious sociopath running the Empire – was successful; it was the senatorial class who actually despised Nero. As Christendom ascended, it adopted some of Nero’s tactics – the spectacular persecution of a minority, for one thing – while other beneficial societal institutions – the aqueducts and the libraries, for example – fell away (Kiefer, Highet, and MacInnes 2000).

END_OF_DOCUMENT_TOKEN_TO_BE_REPLACED

Continuing the experiment, here is a video from YouTube of  Astra and Marcie napping  filmed in 2007.